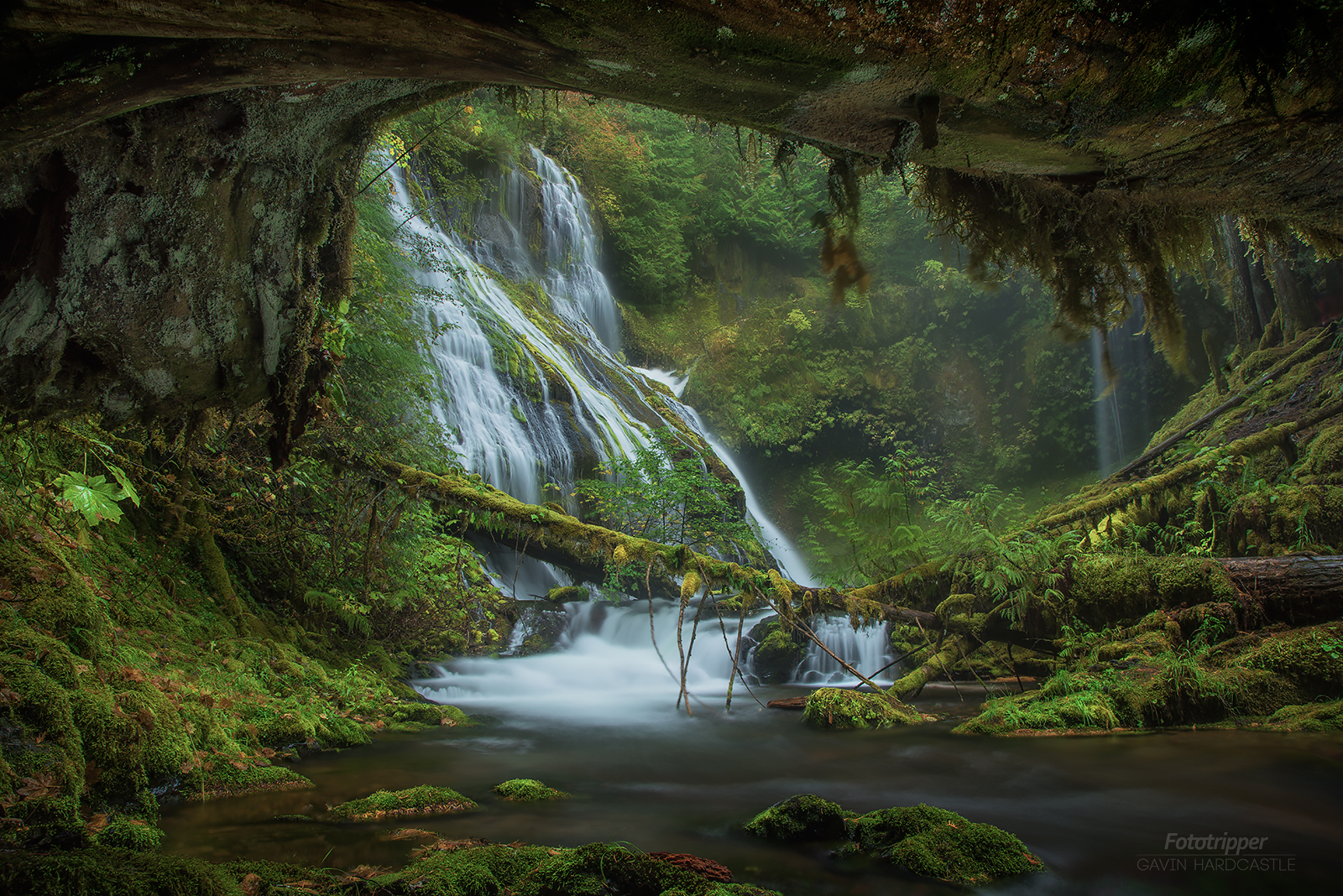 Admittedly this was not my most professional moment as a photography instructor. I was teaching a workshop and patiently waited for all of my students to get their shots. I have a policy of putting the shooting needs of my students before my own.

Once everyone had confirmed that they had no objections to me spending 5 minutes getting a shot I was off. I’d had my eye on a particular composition for some time as there was a large trio of trees that had fallen across the creek in one big drop. Where some people saw fallen trees I saw a bridge.

The bum shuffle of death ensued as I dragged my soggy behind along the 30ft of fallen mossy tree that bridged the creek 10 ft below. A fall would have resulted in a likely drowning with a best case scenario of certain maiming. I wasn’t thinking about this though, I was thinking about this shot.

After a successful crossing of ‘The Bridge of Calamity’ I climbed under the roots of the tree with tripod and camera bag. It took me more time to secure my tripod on the slimy rocks than it took to get the shot.

By focusing on the mossy cliff walls in the distance and setting my aperture to f/22 I was able to capture the depth of field I needed. The fallen tree on its side provided a lovely ‘cave like’ frame for the falls and foreground and I was a happy bunny for the rest of the day.

Only one other student in the group matched me for stupidity and joined me in the dangerous bum shuffle but it was all worth it as we later raised a pint to toast our collective gormlessness and slime covered jeans. It was a good day 🙂