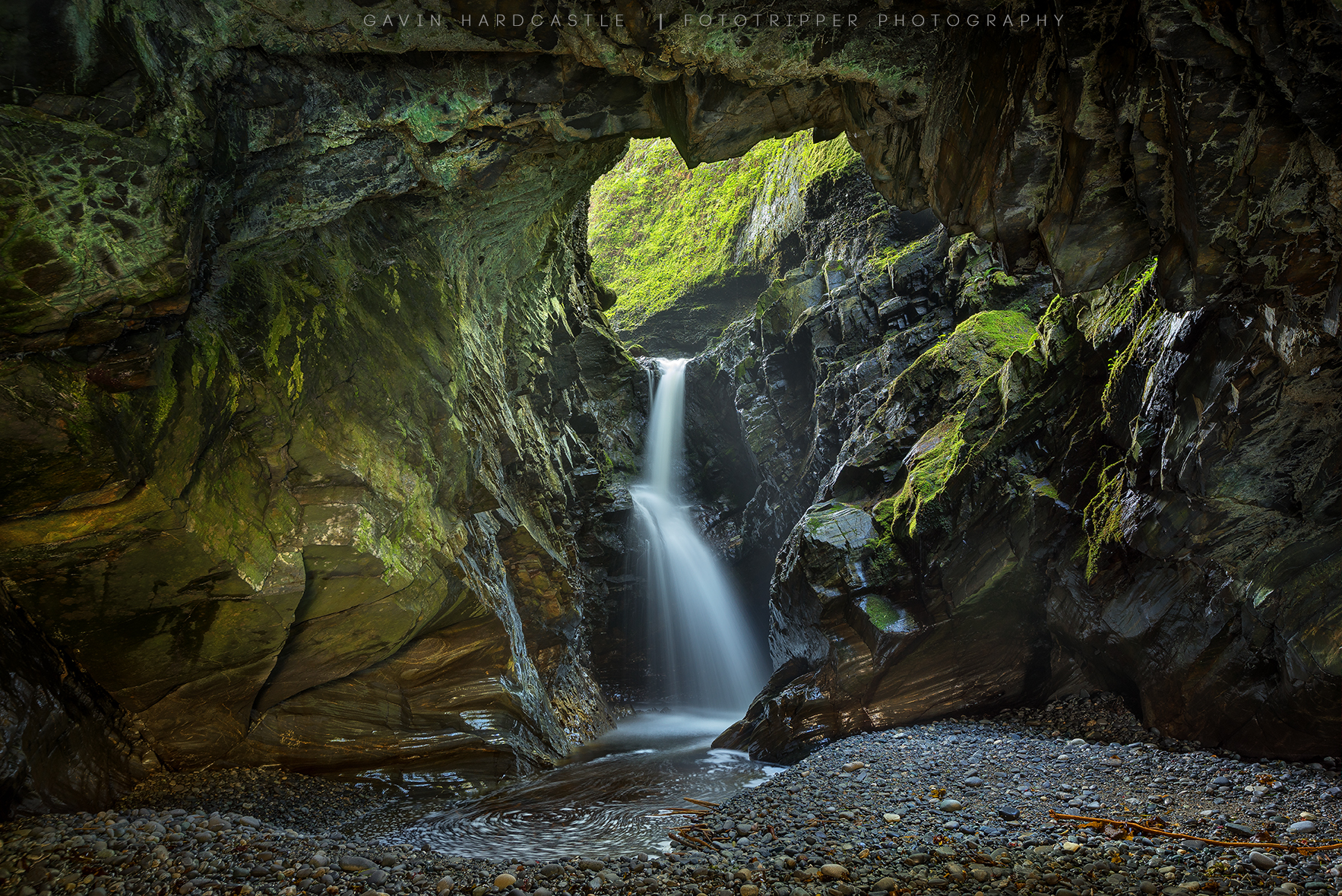 The west coast of Vancouver Island is awash with beautiful little secrets like this. A fellow photographer had tipped me off about this stunning waterfall that poured into a sea cave where the sea lions often come to mate, play and generally party.

Access to the cave can only be had by climbing a slimy rock face during low tide. High tide wouldn’t even be worth considering. Myself and two photographer buddies made a rope ladder (hereby referred to as the ‘ladder of doom’) so that we could climb in and out of the hidden cove as huge waves crashed in from the Pacific Ocean.

Once down in the cove we had to time our jump onto the beach perfectly as the waves pulled out before hammering back with a thundering roar.

We had just enough time to capture our shots before the tide gradually encroached on our exit and forced us back up the ladder of doom. It was one of those days were so many things could have gone terribly wrong but didn’t. Those are the days that remind you how sweet life really is.