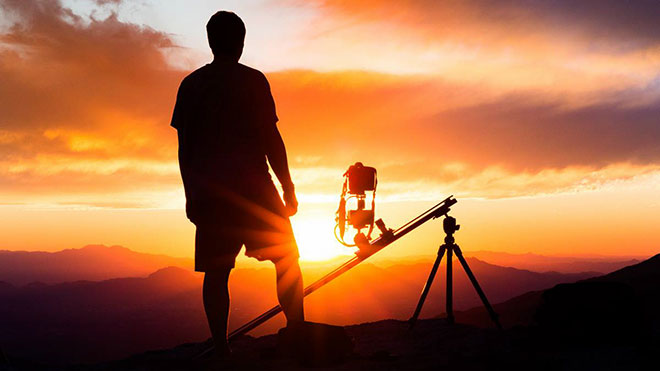 Joel Schat is something of a legend in the world of Time Lapse photography. His inspirational ‘Heart of Vancity‘ time lapse movie earned him huge respect and went viral. A nomadic traveller, he spends a huge amount of time living in a VW Westfalia camper van, touring North America for Roadtrippers.com

Here’s Joels latest time lapse movie ‘Made to be seen’. Joel agreed to give me an interview which I think you’ll find fascinating. As a new convert to time lapse photography I had a lot of burning questions for Joel, read on.

GH: What was your first big break as a professional time lapse shooter?

JS: I had been shooting timelapse for almost a year and hadn’t really made any money or had any major recognition but shortly after finishing up my Vancouver video I was interviewed on the news and sold my first ever footage license to Porsche 🙂 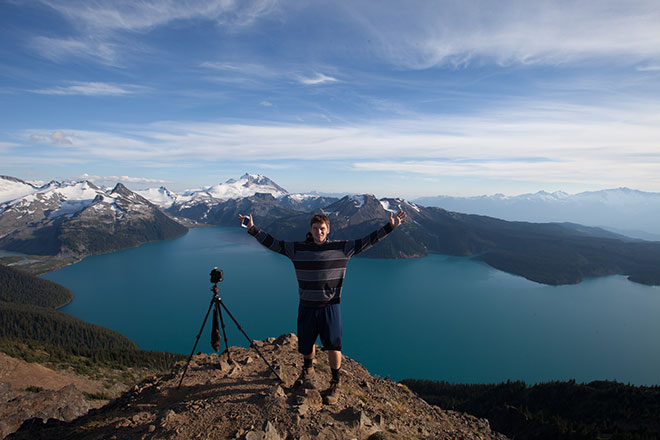 GH: Highlight of your career?

JS: Balloon Fiesta Video reaching a half of a million views! 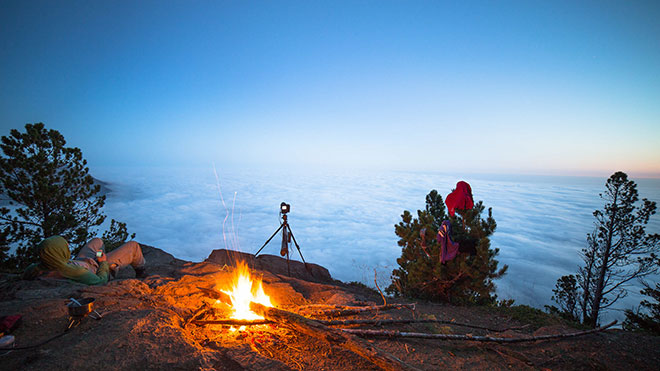 GH: Low point of your career?

JS: Just before I put out the Vancouver video I was well into the negatives on my bank account and I literally couldn’t even afford a bus ticket to get downtown to shoot more footage.

GH: What’s the most dangerous shoot you ever did?

JS: I have a knack for adventure so I’ve had some rather dangerous shoots in the recent past but my worst would probably be one of the nights I spent out in the wilderness in Yellowstone National Park.

I was with my mate Callum Snape and we were setting up my gear for an overnight Milky Way shot and while we were behind the Camera, we heard a pack of wolves take down an elk. Also on the walk out we came within meters of a sleeping bison! Coming back to pick up my gear just before sunrise by myself was one of the more frightful timelapse experiences of my life! 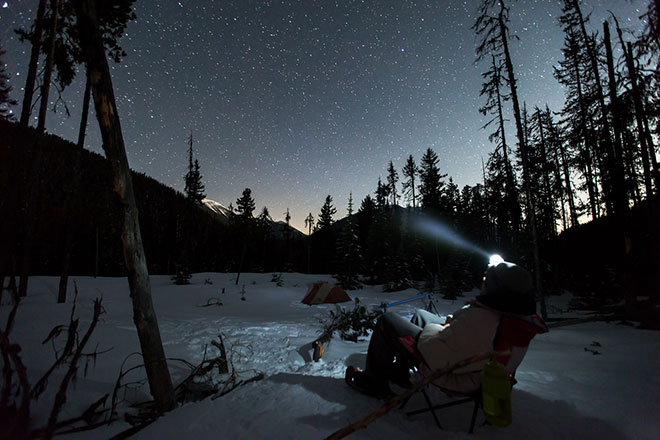 GH: Do you edit all your films on a laptop while traveling or a big office computer?

JS: Yes I have a custom built Origin PC laptop that is actually more of a tank than my previous big office computer. Its one of the largest laptop’s you will ever see and is extremely powerful.

GH: What inspired you to begin making time lapse movies?

JS: I bought a camera for my trip to South East Asia and did a google search on what the camera I had just bought was capable of (Canon t3i). This was the first time I had ever heard of Vimeo and shortly after started watching the ‘Dark Side of the Lens’ and ‘The Mountain’ and thought to myself – ‘that is really really cool! I want to try some of those on my trip!’.

So I ordered an intervalometer that arrived the day before I left on my 3 month trip! And I shot a ton of stuff on that trip and completely fell in love with timelapse photography! 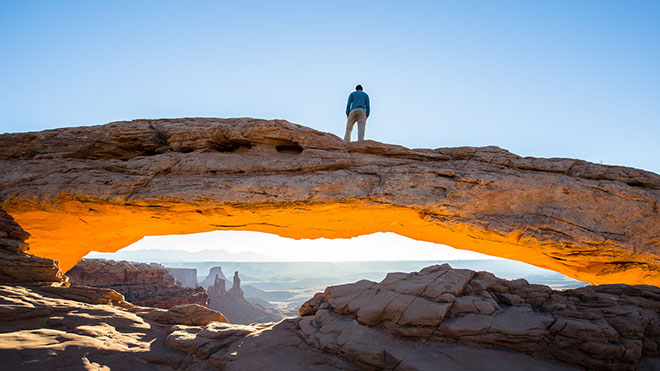 GH: Who are the best time lapse shooters we should be checking out?

JS: Ah there are so many!! My favourite for super creative and somewhat out there pieces is Rob Whitworth. A local Canadian guy who is also a phenomenal timelapser would be Ryan Emond.

JS: For the most basic timelapse clip with no major light or color balance changes I will offload my footage into a folder with only the photos from start to finish from the single timelapse. Then I will open up Adobe Bridge, Scroll through the preview files to get an idea of what the clip will look like, and open up a middle photo that looks similar to the first and last in exposure in Adobe Camera RAW.

Then I will do a basic color correction using the white balance, highlights, darks, curves and all that fun stuff! After I’m happy with my image I will open it as an image sequence in After Effects and do a final color grade on it here before rendering it out to Cineform.avi! The last step is to use all of these clips in Adobe Premiere Pro to an awesome song! 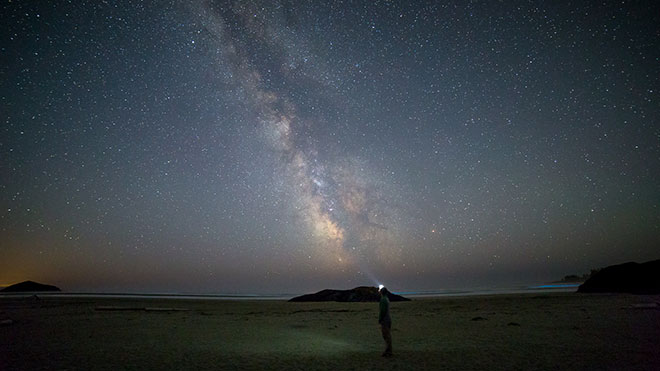 GH: How should new time lapse shooters get exposure for their work?

JS: This is a great and rather important question. It’s not new/cool enough to just make a cool video of your local forest. Depending on your area and possibilities, you should (once you feel talent/confident enough) pick a subject or place and make a video specific to that one thing (ie. Vancouver, or Oregon Coast) and contact anyone who has anything to do with that area or thing as they will be thrilled to share your video!

GH: Do you ever get sick of traveling so much?

JS: No. I absolutely love to travel and could travel forever without a break! On the occasion I get so far behind on sleep that I have to spend an entire day catching up on it but for the most part I could not be happier with the amount that I travel. That being said, I would love to experience some new cultures in the near future 🙂 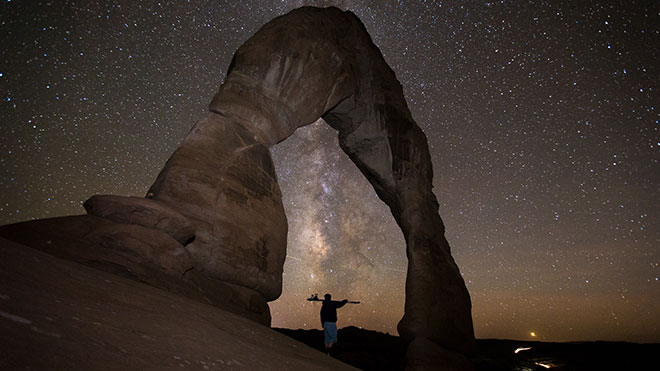 GH: What’s the funniest thing you ever saw while shooting?

JS: I was in the back of a pickup truck with my tripod on the roof shooting at the Albuquerque balloon fiesta and the balloon that I was shooting in front of me was almost filled up and all of a sudden a huge crowd that was already in the area formed in a circle around a couple and he got down on one knee and proposed! She said Yes and he just grabbed her hand and they just jumped into the Hot air balloon and took off as if it was nothing and the crowd went wild!

GH: Which film are you most proud of?

JS: My most recent demo reel called “Made To Be Seen” (shown above) as it is a compilation of all of my best footage. If I had to choose a single film though it would be the Albuquerque balloon fiesta video 🙂 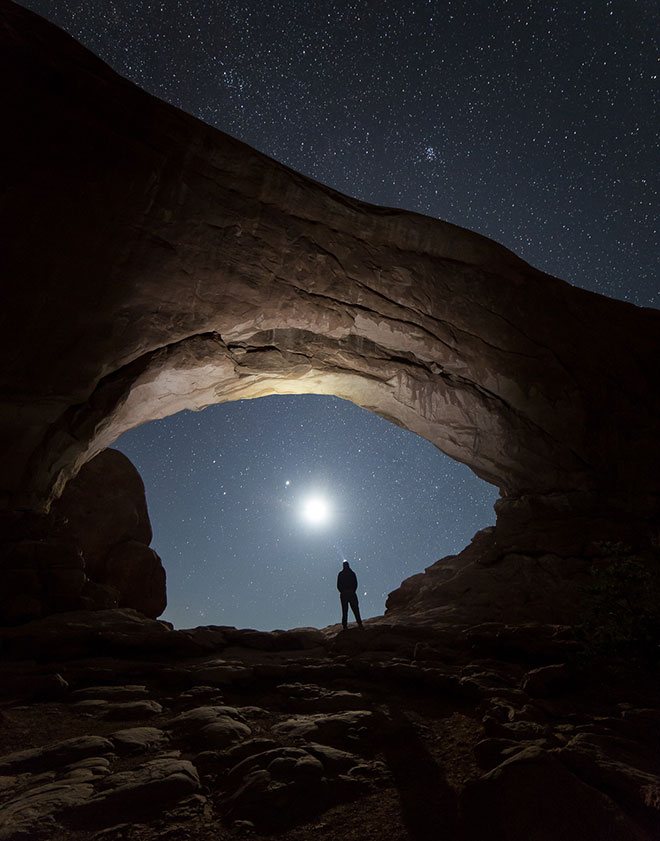 GH: How often do you get asked ‘Can I be your assistant’?

JS: literally every single day and especially by all sorts of people! I’ve have literally had people that are not interested in photography in the least ask me that question! Its always slightly awkward though because people will ask me in all seriousness expecting an answer..

GH: Can I be your assistant?

GH: Has anyone ever ripped off your work?

JS: Early on I had one of my videos taken on youtube without permission and the audio changed to a muslim prayer with muslim text added over! Other than that, just the usual repost’s crediting me thinking that that is alright.

GH: How many nights have you slept in the VW Westfalia?

JS: I have lost count by this point! My record in a row is 5 straight months! All in all it’s probably nearing almost a year total!

GH: How many cameras do you take on a shoot?

JS: 4, The most important one (the one in your hands when something crazy happens) my Iphone. But in all seriousness I always have my Canon 6d and 5d2 in my bag as well as my GoPro Hero 3+ Black 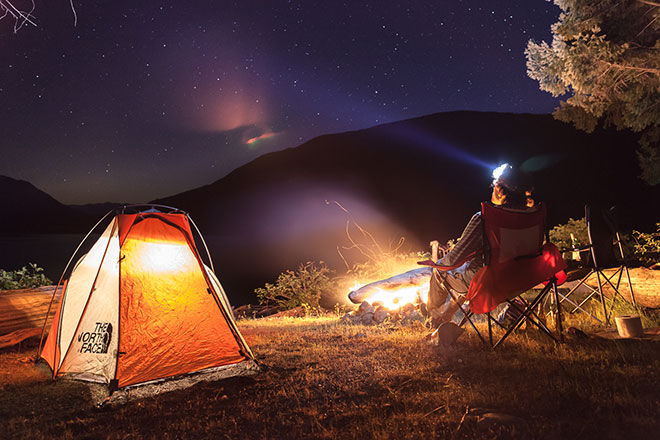 GH: Do you shoot to fit your music or choose a sound track later?

JS: In an optimal world I would shoot to fit my music but it is so difficult to find good music that I regularily end up having to find music afterwards.

GH: What’s next for Joel Schat?

JS: That’s a great question! I am just figuring out my schedule for the rest of the summer and I’m pretty sure it will involve some storm chasing so you guys all have something exciting to look forward to! 🙂

GH: Thanks for the interview Joel, it was illuminating to say the least.

If you have any questions for Joel, please feel free to leave a comment below.Â  If you’re interested in licensing any of Joels footage, you can contact him through his web site at www.joelschat.com