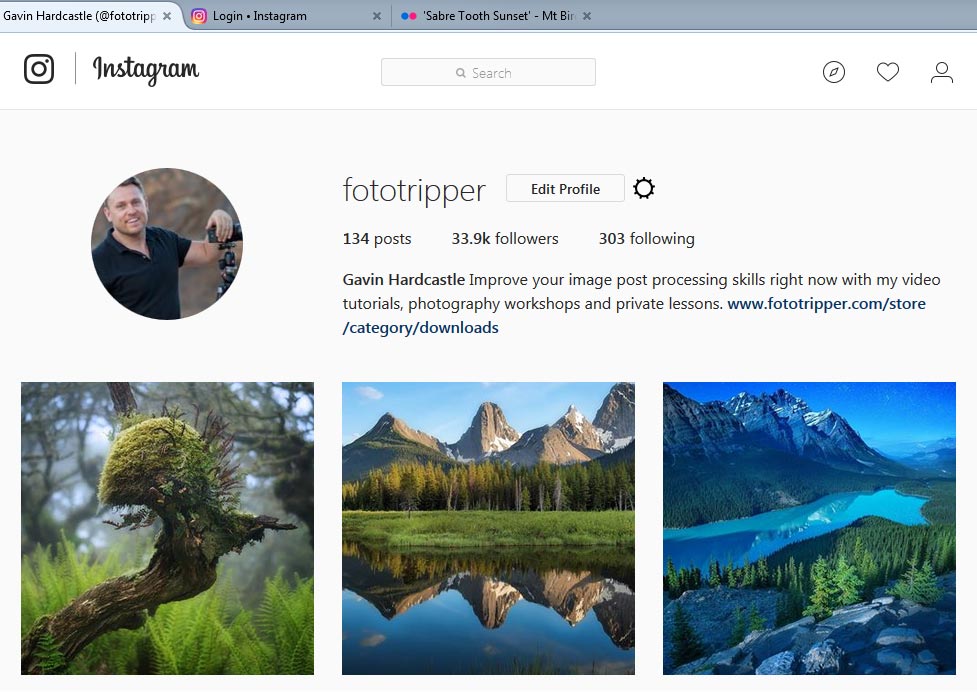 Anyone whose been following me on Instagram will probably have noticed that my account appears to have perished. In fact some people have contacted me asking if I’ve blocked them because they were unable to access my body of work on IG.

I switched my Instagram Account off for a whole host of reasons so let me share those with you to see if any of these resonate;

I was spending way too much time on IG, not just posting on there but doing the FOMO scroll whenever I had idle hands. Pointlessly ‘liking’ peoples comments and often doing the obligatory ‘reply’ so as to massage the egos of my most avid commenters. I’d become a ‘Facebook Drone’, conditioned into specific behaviours engineered by the boffins at Facebook.

I realized I was addicted, or at least becoming addicted. That didn’t sit well with me and going ‘Cold Turkey’ started to feel like a good idea.

Fear of missing out is one of the biggest drivers of social media. Whether real or perceived, I believe that this emotion is very unhealthy and should never be a motivating factor in how we live our lives. For this reason I don’t have Facebook on my phone – I just do NOT need that. But unfortunately, IG has always been a ‘phone only’ app that’s been deliberately hobbled on it’s desktop platform.

On my phone, I found myself doing the FOMO Scroll way too often, even allowing the results to determine where I went shooting next based on how badly I felt I was missing out on the ideal shot. If you’ve ever been skunked by crap light at Moraine Lake you know exactly what I’m talking about 😉

Gone are the days when you could reach the majority of your followers with a killer shot that received great engagement.

The current IG algorithm appears to reward low grade filler as long as you are constantly posting.

This seems to be standard Facebook culture which is the exact opposite of what Google did a few years ago with their ‘Penguin’ search engine algorithm update. Google set out to raise the standard of web content by rewarding those that create high quality content. Whether or not that worked, it was a noble goal that Facebook seems to oppose in the interests of a never ending stream of low grade trash.

I’m sure my followers would engage far more if I posted only my higher quality images less often than flaccid filler on a daily basis? If only IG would show it to them!

This issue nurtured in me a deep resentment of IG and how Facebook has warped the platform since they acquired it. One more reason to leave.

Cliques and schoolyard culture are alive and well on Instagram. One of the great things about IG is that your images can get shared or ‘featured’ by other IG accounts, often referred to as ‘Hubs’. They exist to post the content of others in return for a mention/credit in the description. This helps to promote the accounts of the contributors which often results in them gaining more followers. Awesome.

The down side of this culture is that it’s just like real life. It’s not ‘what you know’, it’s ‘who you know’. People promote their buddies even if their work is crap. I guess to expect otherwise is an unrealistic expectation, but it really annoys me to see great photographers that I admire struggle to gain followers while some of the lamest and laziest photographers win massive followings because they choose to spend their time cozying up to the hub owners.

Again, this promotes poor quality filler instead of high quality content. So my IG frustration groweth.

IG even had an influence over how I shot my images. I’d often compose a shot with the IG 4×5 vertical crop in mind and that’s when you realize you’ve been fully compromised. When your artistic priority is governed by Facebooks photo sharing platform you’re already too far gone.

I think anyone who embraces social media as a means of marketing their brand should always cater to the platform they’re using but I think making that a top priority is a mistake. Create your best work first and then adapt to your different marketing platforms.

By switching off my IG account and taking a break from the platform I was able to re-evaluate and reboot my artistic vision with the priority being on ‘quality first’. After all, if I don’t love what I do – what’s the point?

6 – Making Better Use of Time

As I’ve already mentioned, the hours spent scrolling through my IG feed, liking and responding to comments were really not a good use of my time.

Since switching off my IG account I’ve devoted those missing hours to learning new skills and meeting deadlines more efficiently. This reduces general anxiety as I’ve become more productive, completely eradicated my FOMO and enhanced my skill set by turning those wasted hours into something that enriches my life.

I have to confess, I do have a morbid fascination in seeing what’s going to happen if I switch my account back on. Will I be punished for my absence or will I be temporarily blessed with more exposure as an incentive to come back to the fold? I seem to recall a similar positive outcome when I’d spent a lot of time away from Flickr in the past. Perhaps though it’s more likely that nothing will change.

Yes of course, but things will be different. I’ll switch my account back on and post my best images but I’ll never install the app on my phone again. I’ll upload images from my desktop via a third party app as IG still doesn’t allow that option. I’ll do my best to reply to questions and comments whenever possible but I will not allow IG to live in my pocket, ready to suck my attention whenever there’s a dull moment.

I realize this blog post has read like a laundry list of complaints but the truth is that Instagram used to be an amazing photo sharing platform for photographers needing to market their brand. It could still be amazing if Facebook takes their head our of their digital arse holes.

Facebook is a business, they need to make money. I WANT them to make money so that they can continue to operate and run a powerful platform for photographers. They just need to figure a fair and effective way to do that which doesn’t alienate their users. If they fail to figure this out IG will topple.

I’d be more than happy to pay a monthly fee or a fair usage fee to reach the followers I have been lucky enough to win on IG. My fear is that Facebook will follow their standard practice of charging a lot for very little return on investment.

Tell me how you’d like to see IG move forward, your ideas on a pricing model that gives you maximum ROI and improves user engagement. You never know, if we come up with some great ideas maybe Facebook will listen and Instagram will be great again 🙂