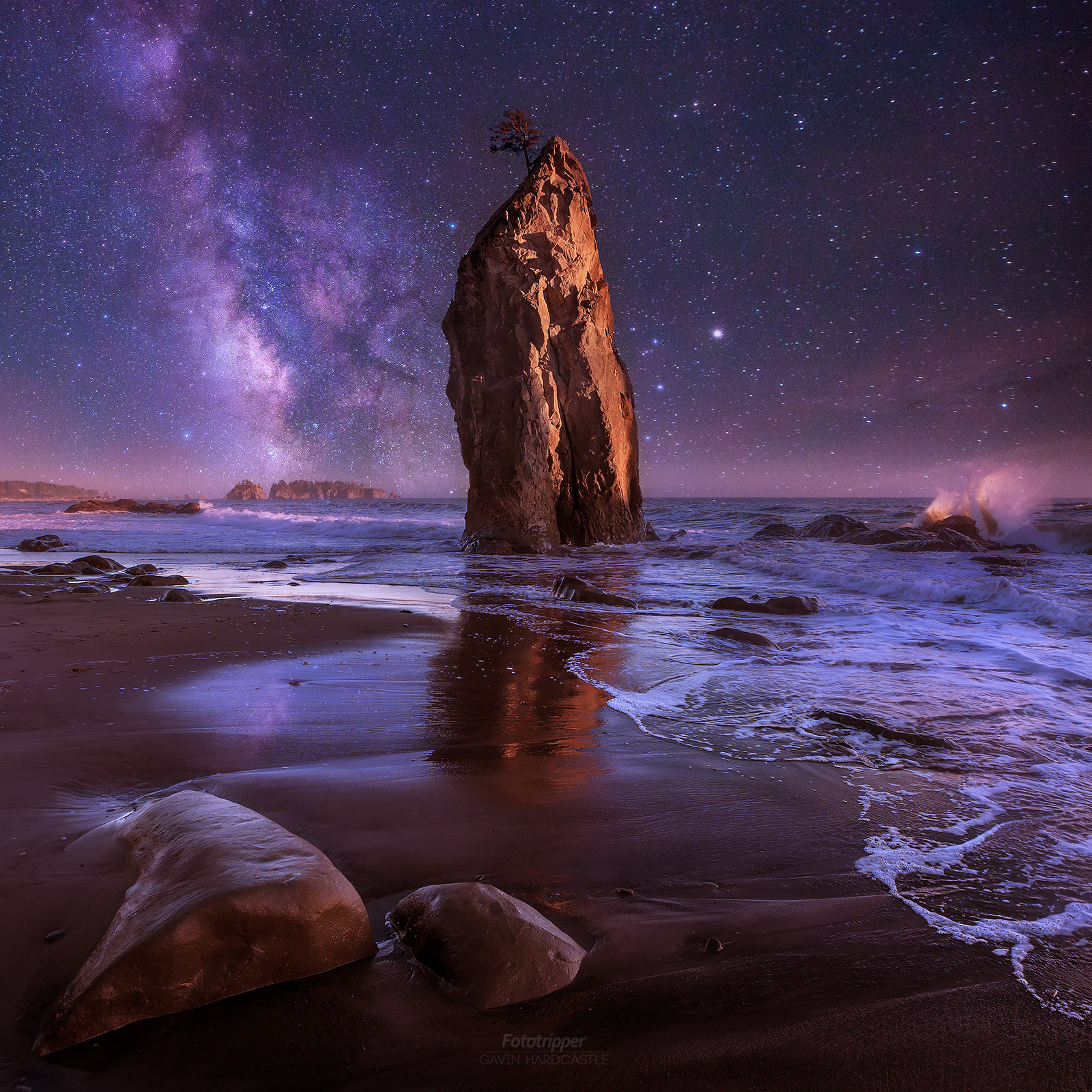 I was lucky to have captured this image just a few months before this sea stack collapsed. Olympic National Park has some of the most spectacular coastline on the planet and the Sea Stacks of Rialto beach are legendary.

It’s actually impossible with current technology to capture a frozen wave during a long exposure. What you’re looking at right here is a composite image that blends two exposures from different times and locations to create one unique image.

The sea stack shot was captured during a spring sunset using a very fast shutter speed. That’s how I was able to freeze the movement on that crashing wave in the right of the frame and you can even see where it caught the light of the setting sun.

The Milky Way shot came from an astrophotography image that I shot a week later in Death Valley. Blending the two exposures in Photoshop was quite easy because the day time shot had a completely blue sky which made it easy to mask out.