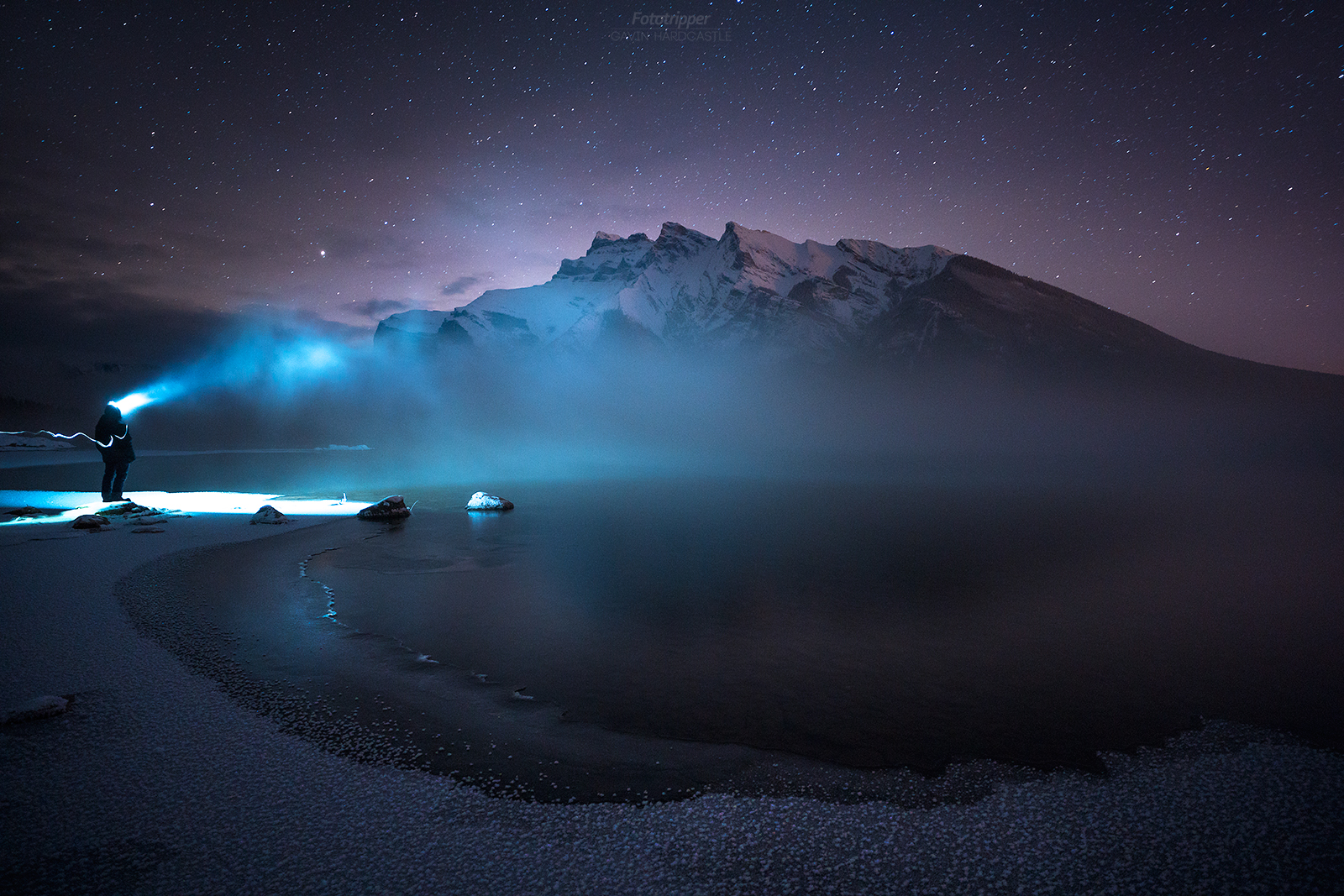 One of the things I love most about the Canadian Rockies is that when the temperature drops to around – 20℃ and there’s open water – this happens. Extreme temperature differentials and humidity create photographic magic.

I know you’ll have heard this before but it’s true, timing is everything. I’d waited months for these conditions to arrive and sure enough, in late November the temperatures in Banff dropped to ‘hostile’ and the big freeze began in earnest.

Getting a clear night during new moon is quite a rare thing in the Rockies, so when I checked the forecast to see that the skies were predicted to be all clear, I knew it was time to head to lake Minnewanka.

Once there, I scoped out the ice shelves and found this really pleasing curve to frame the reflection of the mountain. The shot looked OK but I knew it really needed a person in there for scale. I also knew that the headlamp would create some interesting effects with the fast moving mist, so after a few attempts with the self timer I finally managed to snap this pleasing composition.

I love the hoarfrost in the foreground, the sheer scale of the mountain and those gorgeously clear stars.