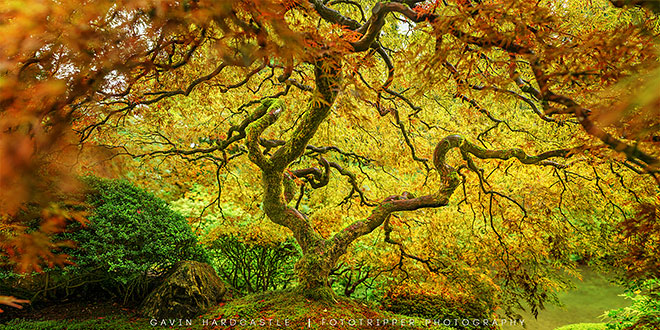 You’d think that the amount of money I pay to Adobe each month give me a half decent app that stitches multiple images together to create a panorama, you’d be wrong. Photoshop collapsed into a gibbering mess every time I tried to stitch this multi-gigapixel panoroma together.

It’s not the first time I’ve been let down by ‘The Shops’ image stitching tool, so I had to break out the big guns and give ‘Autopano Pro 3.6‘ by Kolor a go. It did NOT fail and worked first time in spite of the complicated looking GUI. 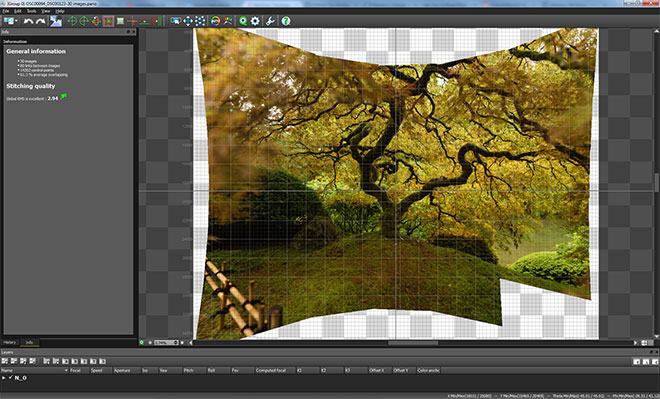 How I go the shot

My goal with this shot was to capture something different to the millions of other shots you’ve seen of this tree I found at some garden you’ve probably heard of.

I wanted shallow DOF to isolate the central trunk of the tree and capture a subtle bokeh effect on the leaves in the foreground and background.

To do this I used a 100mm f/2.8macro lens from Tokina which resulted in a tiny field of view. The only way to capture the entire tree and some of the surrounding area was to shoot a 30 image pano and then stitch the images together. That’s what broke Photoshop.

To capture all 30 shots I used the robotic TB3 tripod head from Emotimo.

It’s not often that I need to print a 16ft wide image but with this technique I could easily fill a wall with a tack sharp print and still have some resolution left over. Not sure I could carry such a huge print though 😉

I’m kind of hooked on this look that comes from having shallow depth of field in a massive landscape that’s actually wider than anything I could get from my wide angle lenses. Expect to see more of this impressive effect.

Kolor approached me last year and asked me to do a review of Autopano but it’s taken me this long to even give the software a chance to do it’s thing. Expect a full review later this spring when I’ve captured more ‘shallow depth of field panos’ like this one.